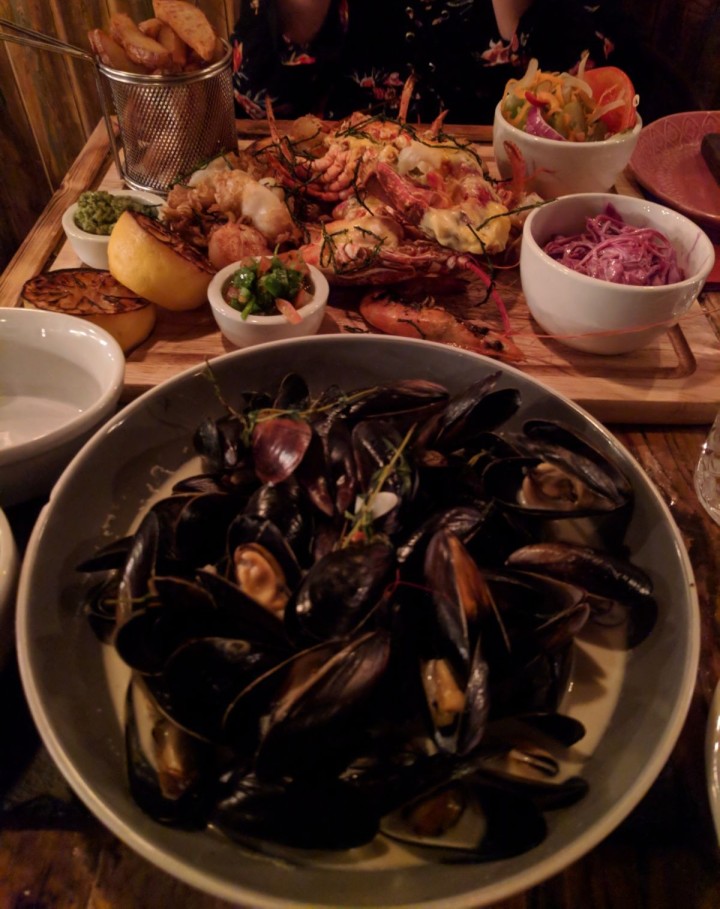 I’ve heard of Lost Property before – well I’ve heard of the restaurant that’s kept well hidden. I’ve never visited or really seen it passing through Yarm, I’ve always known it was there but clueless as to where it actually was. So, for my birthday I decided to give it a try after seeing their share boards on social media!

From the outside it just looks like a taxi rank, but what lies behind is a complete different story. As soon as I opened the bog standard door, I was instantly hit with live jazz music, it took a few seconds to take in the place as it’s so unexpected from its first appearance.

The whole vibe of Lost Property was relaxed, and we didn’t know it was jazz night which was a lovely added extra.

I absolutely love gin and each table had various gin bottles as candle holders, it didn’t stop there. They had such a wide range of gin and tonics, so I was already really happy even before the food!

Like always, I had already checked out the menu and I was desperate to try the seafood share board. It had a whole lobster thermidor, salt & pepper jumbo king prawns, king scallops, lightly coated calamari, moules mariniere, hand cut skin on chips, LP slaw, avacado verde and chimichurri sauce. However, I’ve just checked their menu and it looks like they’ve changed it already within a week! It now has a seared asian marinated tuna steak (I might have to go back to test).

I had never had lobster before and I’ve always wanted to try it, luckily we got the last lobster of the night! Two couples next to us came specifically for the lobster and I’m not going to lie, I was glad we got there first because it was delicious. The whole share board didn’t disappoint at all. The sauces and the slaw worked really well with all of the seafood, which came as a surprise. The mussels were unreal, but I definitely could of done with some bread to soak up the sauce!

The share board was £65 and feeds two, I don’t think this was bad at all considering the prices of the food individually,  it was well worth it. They have a variety of share boards from the Holy Cow to Surf & Turf, and again they are such good value for money. The Holy Cow share board has 38oz of steak for £50!

Although the seafood share board looks massive, I wasn’t overly full (I eat a lot). It obviously contains a lot of shell, so if you’re put off because of the amount, basically don’t be, I’m pretty certain you’ll eat it all! I can’t say the same for the meat boards as I feel they would be a lot heavier on the belly.

I can never resist a dessert, ever.

I opted for the treacle sponge, there wasn’t a massive range of desserts but I don’t blame them, their menu is big enough! There was none left of the dessert my boyfriend wanted, so he opted for none (the weirdo), instead the waiter came out with two spoons for MY dessert.

I’ll let that slide because the food was so good, I’ll definitely be back again. It was such a chilled evening and I thoroughly enjoyed eating the food, as well as spending my night in Lost Property especially with the live music.  I’m already eyeing up the lobster and burger combo!

I’m Sophie, an ordinary 25 year old living in Teesside with a large appetite.